Ian Adcock is Professor of Respiratory Cell and Molecular Biology, and is Head of the Molecular Cell Biology Group at the National Heart and Lung Institute, Imperial College London. He also holds an honorary research position at the Royal Brompton Hospital enabling him to translate the basic research activities into the clinical environment.

Professor Adcock obtained a degree in Biochemistry and Physiology and later a PhD in Molecular Pharmacology from London University. He performed postdoctoral training at the MRC Brain Metabolism Unit in Edinburgh and in the Protein Science Laboratory at St Georges’ Hospital London.

He joined Professor Peter Barnes at the National Heart and Lung Institute in 1990 to undertake research on the effects of corticosteroids on inflammatory mediators in asthma and COPD. This remains his major research area along with a long-term interest in the mechanisms underlying relative steroid insensitivity in severe asthma and COPD.

Professor Adcock is an internationally recognized scientist in the field of airways disease and inflammation. He has authored and co-authored over 550 scientific articles and has also worked as an expert member on national grant-awarding organizations including UK MRC, US NIH, Australian NHMRC and Canadian MRC. He is a Fellow of the Royal Society of Biologist, the British Pharmacological Society, the European Academy of Allergy and Clinical Immunology and of the European Respiratory Society.

Professor Adcock is co-lead of the UBIOPRED consortium examining mechanisms of severe asthma and has been a principal investigator in the Medical Research Council/Asthma UK Centre in Allergic Mechanisms of Asthma and in the Wellcome Trust Respiratory Infections Centre. His research is currently funded by grants from the Medical Research Council, Wellcome Trust, BBSRC, EPSRC and Industrial collaborators. 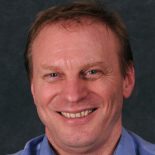 Analytical cookies are used to understand how visitors interact with the website. These cookies help provide information on metrics the number of visitors, bounce rate, traffic source, etc.